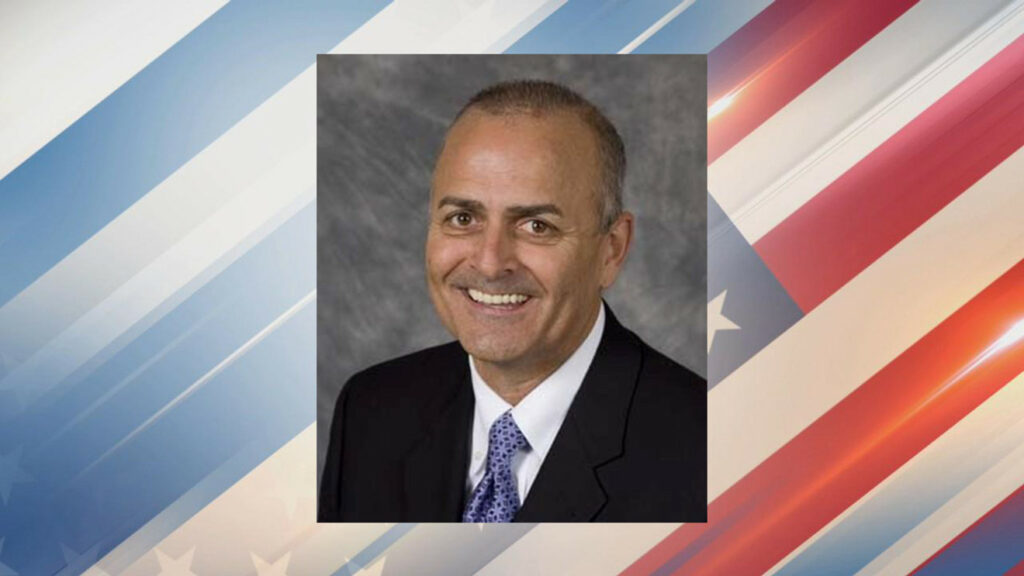 Throughout the 2022 election, KATU News is helping you “Know Your Candidates” with a series of interviews with people who will appear on your ballot.

We are asking local candidates running for the same office the same series of questions, so you can compare their answers.

Candidates for Oregon governor were given questionnaires to answer.

Read the responses from Bob Tiernan, a Republican, below.

IN THREE OR FOUR SENTENCES, TELL US ABOUT YOURSELF.

WHY ARE YOU RUNNING?

Oregon faces serious problems, and our politicians are not solving them—in fact they are making them worse:

Out of control crime, lawlessness, and riots,

Homeless campers on our streets and in our neighborhoods

Government waste and no accountability

I will solve our state’s problems and bring positive RESULTS for Oregonians – without the old, tired excuses we hear year after year on why something can’t be fixed. My fear and what motivates me to run is that if we don’t elect someone with proven experience to get the job done, nothing will change –and Oregon will continue on its current course.

I have a solid track record of running and turning around large multi-million-dollar businesses (much like state agencies) with thousands of employees—fixing problems and getting results. As a Commander in the Navy, excuses were unacceptable, I always got the job done. As a legislator, I delivered results for our citizens. When the legislature failed to act, I sponsored statewide ballot measures to crack down on violent crime. Again, I produced results.

That’s what I have always done in my business, military, and political lives. We need a governor that can fix what’s broken in our state— rampant CRIME, HOMELESSNESS, small businesses shutting down from overregulation and students struggling to get an education in our schools — just to name a few. I am running to get RESULTS and to FIX THE PROBLEMS.

I have done if before and can do it again.

WHAT MAKES YOU UNIQUELY QUALIFIED TO BE GOVERNOR?

I probably have more years of PUBLIC SERVICE than any of the candidates in the republican primary. Nearly 30 years of serving our country as a Commander in the US Navy, with more years of elective office in the Oregon legislature– than any of my fellow candidates. Add to that, I was very successful as Chairman of the Oregon Republican Party.

One of my key duties in the Legislature was chairing the Crime and Corrections committee – passing laws to improve public safety. When we couldn’t stop the revolving door of violent criminals because of legislative gridlock. I went out to the voters with a statewide initiative, Measure 11 – for tougher sentences. With its passage serious crime dropped by 50%. AND I KEPT SERVING THE PUBLIC with several other ballot measures for government accountability and efficiency.

That political experience – plus my business and military background means I can hit the ground running as Governor. I don’t need training wheels to get the job done. I will fix our state’s problems – I have done it before and can do it again.

WHAT MAKES YOU UNIQUELY QUALIFIED TO BE GOVERNOR?

My experience in business, helping turn around large companies.

28 years of military service & leadership- -leading teams and accomplishing objectives, with no excuses.

Legislative leadership and experience – Chairman of several committees, standing up for Oregonians, making our neighborhoods safer, and making sure the homeless were treated with respect, while not standing for encampments in public areas, neighborhoods, or parks.

Professional experience as an attorney and knowing the importance of enforcing the rule of law.

WHAT IS THE NUMBER ONE ISSUE FACING OREGONIANS AND WHAT WILL YOU DO, AS GOVERNOR, TO ADDRESS IT?

Crime and Lawlessness and not supporting our Police. Our leaders have failed us and our neighborhoods are no longer safe. How would I solve it? Enforce the law. Don’t allow lawlessness, riots, shootings, gun violence and criminal activity Fully fund and staff all our police departments. Arrest offenders. Prosecute all crimes. Send felons and repeat offenders to prison. Make prisoners work and gain the skills necessary to prosper when they are released. Repeal measure 110 that legalized dangerous illegal drugs. Offer state sponsored rehab programs for those that qualify and want to turn their lives around.

HOW WOULD YOU BRIDGE THE PARTISAN DIVIDE IN OREGON?

To that end, As Governor, I would pledge to set up my office, for two weeks at a time, in 4 different geographical areas in Oregon — each year. That way I would experience FIRST HAND, the needs, wants, problems and challenges of all Oregonians. And all Oregonians would have a chance to interact with the Governor.

AS GOVERNOR WHAT WOULD YOU DO DIFFERENTLY ABOUT THE HOMELESS CRISIS IN THE PORTLAND METRO AREA?

Homelessness and camping on our streets, neighborhoods, along roadsides and in other public areas must cease immediately. Allowing it to begin with —was a mistake, allowing it to continue is the second biggest mistake.

We are not helping the homeless population by allowing them to live on the streets in squalor with unsanitary and unsafe conditions. Moreover, the criminal element is finding its way into these camps and making it worse. It is such a mess, and it must stop now. What would I do?

1.Immediately implement a short-term solution that gets the homeless off the streets, parks, etc., immediately.

4.Assemble a group task force of 10-12 experts. Experts on homeless solutions will establish a long-term plan– with goals, objectives, a budget, timetable, milestones, with evaluation/accountability oversight.

5.Budgeting, oversight and accountability must be part of the plan. There is plenty of money. But how is it being spent? The tri-county governments, including the City Governments and Metro all have budgetary line items for homeless assistance. And that does not include the new Metro Tax for homeless or the Grants and Federal assistance that is flowing into Oregon. How much money is being spent?? How is it solving the homeless crisis?? How many homeless have been removed from the street, etc.??… is virtually unknown. Moreover, the legislature just authorized another $400 million dollars to throw at the homeless problem with little or no apparent accountability for how that money is to be spent and exactly how the money will be used to directly find homes or impact the 4,500 homeless in the Portland Metro area, let alone the 10,500 other homeless around the State.

Accountability for funds spent and problems solved must be the cornerstone of any “homeless” rescue plan.

AS GOVERNOR, WHAT WOULD YOU DO DIFFERENTLY TO ADDRESS GUN VIOLENCE IN THE PORTLAND METRO AREA?

Increase police patrols in all high crime areas. Enforce all our criminal laws. Investigate all shootings. Arrest all offenders, prosecute and send to jail all serious felons when found guilty— especially when the crime was committed with the use of a deadly weapon.

WHAT DO YOU BELIEVE IS THE BIGGEST FACTOR DRIVING THE RECENT SPIKE IN GUN VIOLENCE IN PORTLAND?

Our elected officials tolerating lawlessness, violence, riots, not enforcing our criminal laws and not supporting police, and not maintaining police staffing at necessary levels. Criminals are not stupid, they will go where they won’t get caught, and if caught, know they probably won’t be prosecuted. That’s Portland today

HOW WOULD YOU, AS GOVERNOR, HELP OREGONIANS DEAL WITH INFLATION?

Stop raising taxes and fees, like the gas tax. Bring accountability into the states 90 billion dollar budget. Start doing more, with less. Trim the spending of Government so Oregonians can keep more of their taxed income. Support small business which is the backbone of Oregon’s economy.

HOW WOULD YOU HELP OREGONIANS WITH HIGHER GAS PRICES?

Consider suspending the Oregon gas tax of .38 cents a gallon for 6 months, or until gas prices subside. .38 cents a gallon may not seem like much, but it will save $7.60 on a 20 gallon fill up or about $400 dollars a year for the average driving Oregonian.

DO YOU SUPPORT MAKING THE HEAD OF OREGON SCHOOLS AN ELECTED POSITION?

Yes. Being elected will restore accountability to the position. Parents, not the governor, should be in charge of their children’s education.

WHAT IS THE BIGGEST LESSON FROM THE CORONAVIRUS PANDEMIC?

1.Don’t over-react in time of crisis.

2.Don’t sacrifice our children’s education for actions that are not justified by the facts.

3.Be aware of job killing regulations and the harm(s) it causes.

4.One size, does not fit all. All communities and geographical locations in Oregon are different.

5.Balance the individual freedoms of individuals and the harm the government action will cause —- with the benefits the Government is claiming.

PEOPLE IN SEVERAL OREGON COUNTIES HAVE VOTED TO LEAVE THIS STATE AND JOIN IDAHO. IT’S UNLIKELY TO HAPPEN, BUT WHAT WOULD YOU DO, AS GOVERNOR, TO MAKE THEM WANT TO STAY IN OREGON?

WHO IS YOUR HERO, AND WHY?

Ronald Regan. He was a leader. He lead by example. He solved problems. He brought prosperity to everyone and cared for everybody. One of my favorite quotes from President Regan, which kind of says it all, motivated me to run for Governor: